data
What Can YOU Do?

GET THIS INFORMATION OUT!   (Send this pdf out to everyone you know)

Tell the Establishment to ABOLISH the U.S. Department of Education Which was Formed in 1979.  Common Core and all the evilness in bed with the DoED Must Be Abolish to Stop this Madness and the Agenda Which is WE THE PEOPLE's Children!  Remind Government and Demand of Them to Take Their Oath Seriously and Protect "The Constitution" WE THE PEOPLE "The Republic" and OUR CHILDREN!
WE THE PEOPLE Remember . . .
Say It, Believe It and Know YOU Are Protected by Statues and The Constitution,
﻿"I DO NOT COMPLY"﻿
Common Core a/k/a Florida Standards
is iLLEGAL
...ANYONE... Supporting it
...ANYONE... Implementing it
Is Breaking the Law!

Send this to your legislators, school boards, schools and teachers

WHO Should Be Going to Jail?

What is Common Core ?

Charlotte Iserbyt Speaks at Campaign for Liberty, Memphis, TN by Raymond Rider
Lieutenant Colonel Derek Alfonso RETIRED USMC Signal Intelligence Confronting the Katy ISD School Board of Education (Superintendent - Alton Frailey) shut down and microphone turned off rather than allow him to finish his prepared presentation after the 3 minutes time... EXPOSING "Children Can Be ﻿Questioned While in the Custody of a Law Enforcement Official WITHOUT the Guardians Being Notified or WITHOUT Special Allowance from a Judge Such as the Appointment of a Magistrate.  This is KNOWN as the Fifth Amendment Right Against Self Incrimination"
VIDEO from 11/30/2014 - 2006 Katy Texas - 2 Children - WoodCreek Elementary - Winborn Elementary - Morton Ranch Junior High - Proud Watchdog Dad - Served on the Memorial Mud Board Municipal Utility District Katy Texas off West Green as Elected Official for 8 Years - (Katy ISD Police / Jeanette Hayes Elementary School PTA) - Extremely Familiar with Board Operations  pdf pdf pdf pdf City of Katy, Texas

EDUCATION in CAPS is a BUSINESS . . .
PROOF

SCHOOL IS A BUSINESS 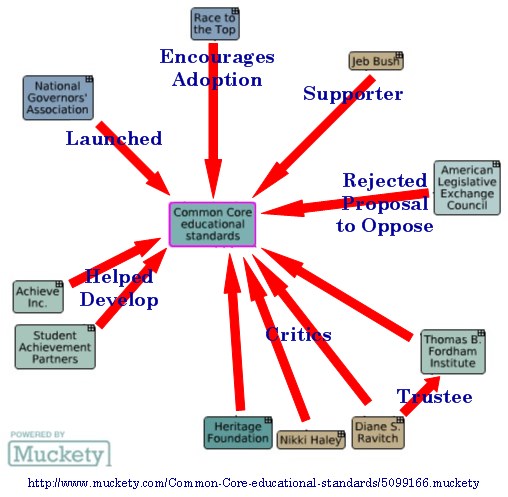 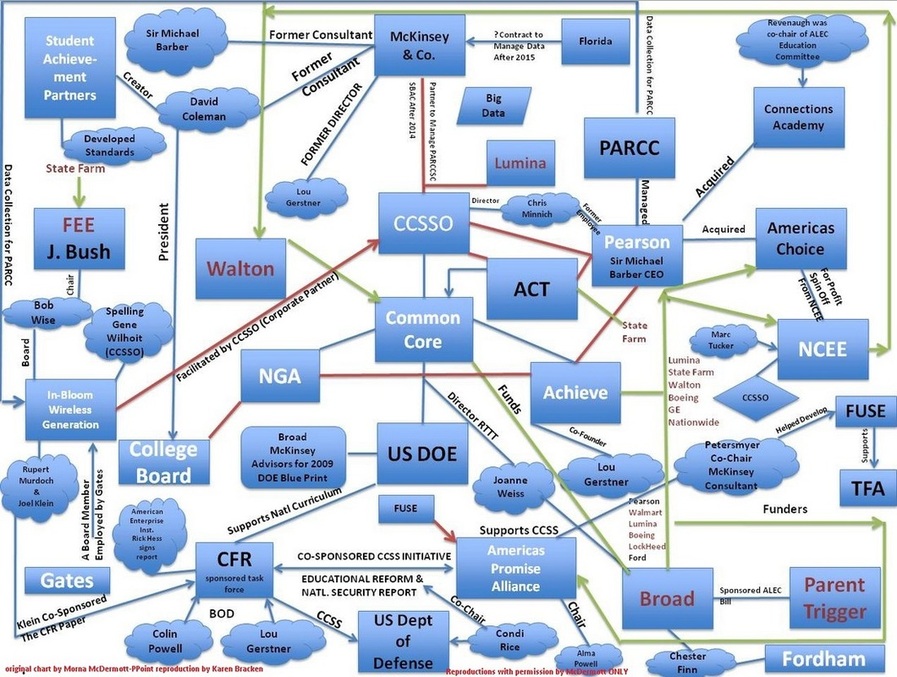 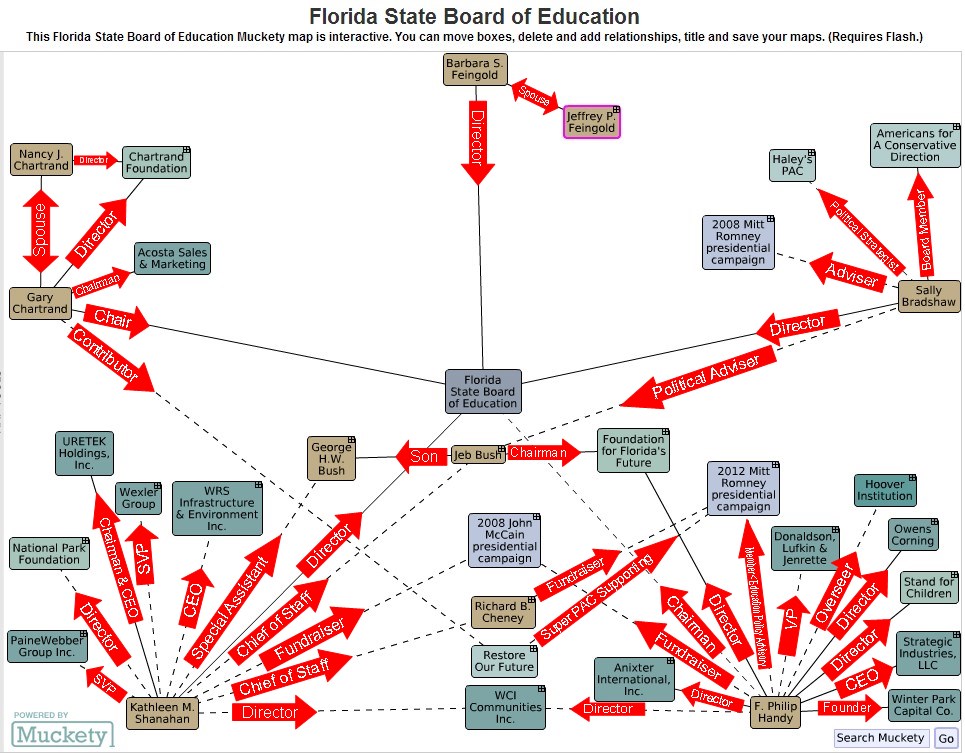 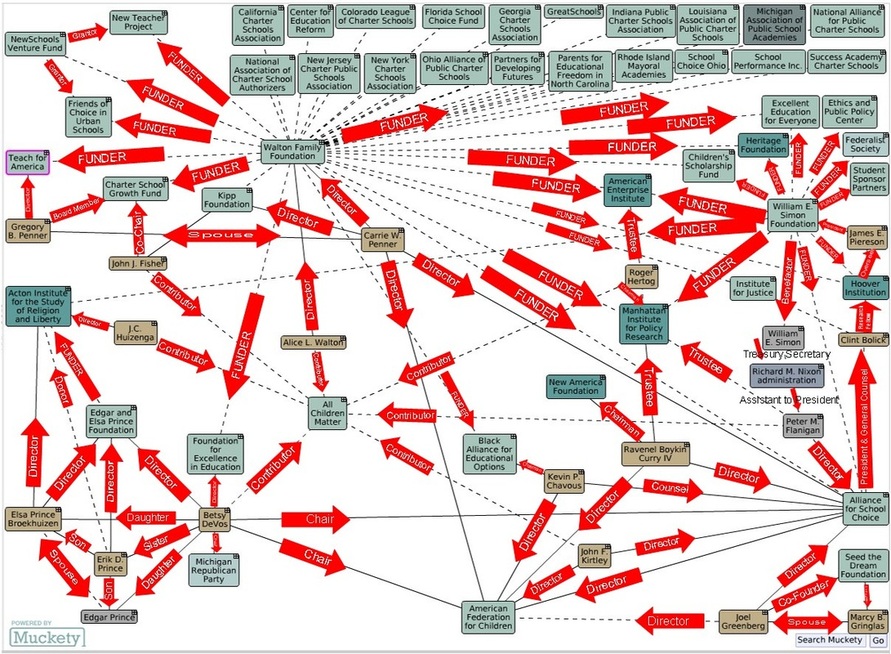 To create the map below, we started with the Alliance for School Choice, an organization headed by Betsy DeVos, former chair of the Michigan Republican Party.

DeVos is the sister of Erik Prince, founder of Blackwater. Her mother, Elsa Prince Broekhuizen, is a big donor to conservative organizations such as Focus on the Family and the Media Research Center. Broekhuizen was also a major contributor to the effort to outlaw same-sex marriage in California.

The alliance is affiliated with the American Federation for Children, also chaired by Betsy DeVos.

Carrie Penner, a director of both organizations, is also on the board of the Walton Family Foundation, run by the Wal-Mart heirs. The Waltons give generously to charter school organizations around the country. (See a larger, expanded version of the map.)

You’ll note in both versions of the map connections to conservative think tanks and nonprofits, including the Hoover Institution, the Manhattan Institute for Policy Research and the Federalist Society.
http://news.muckety.com/2011/10/06/charting-the-charter-schools-funding-network/34471?tpLink

Common Core and the Department of Education is
iLLEGAL . . .
PROOF

Definition of The United States Department of Education 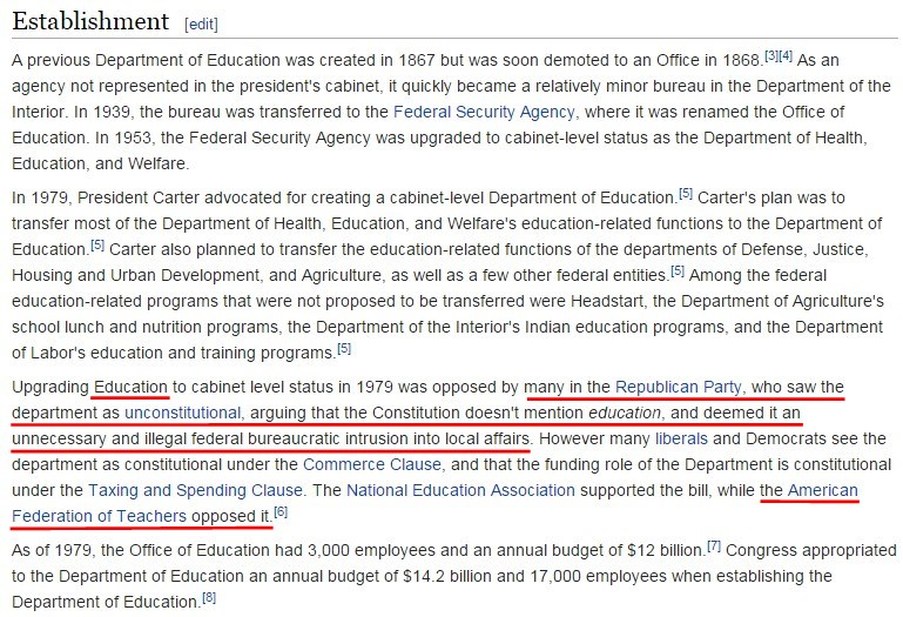 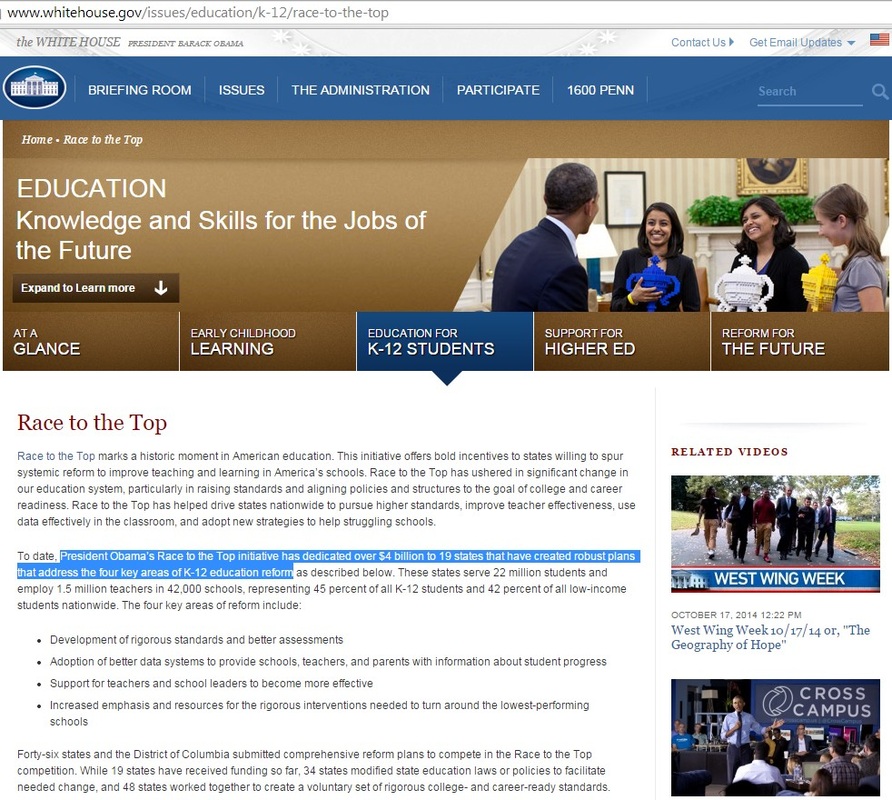 DoED is UnConstitutional
Did America's Forefathers Know What
WE THE PEOPLE Are Experiencing NOW?
ABOLISH the DoED Only Because Common Core Is To Deep Rooted in an Evil Agenda!

DEADLINE Getting emails to Congress
should be NO LATER ﻿﻿than﻿ ﻿Friday, February 6, 2015