One HSLDA member (himself an attorney) has decided to cease supporting HSLDA after reading our (Michael Farris Money Motive) lead story.
As readers correspond with us, and with their permission we're going to post them click here.
.
Can you really judge a person by the company they keep?
Muckety.com Michael P. Farris VIEW ALL These Flow Charts CLICK HERE 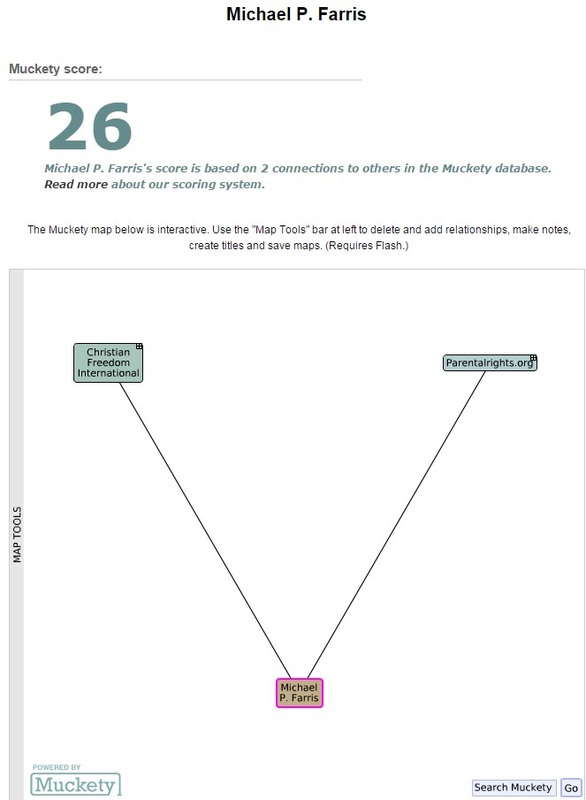 Referring to the Website: Truth in American Education
Article Quote, "The Road to a National Curriculum: The Legal Aspects of the Common Core Standards, Race to the Top, and Conditional Waivers is __sponsored by__ Pioneer Institute, the Federalist Society, the __American Principles Project__, and the Pacific Research Institute of California."

Question...
Why is Jane Robbins with the American Principles Project in a 1 of 5 Videos Series Called, "Stop the National COMMON CORE POWER GRAB: Reclaim Local Control of Education"? ____When According to the quoted article and link attached to article The American Principles Project Sponsors "The Road to a National Curriculum: The Legal Aspects of the Common Core Standards, Race to the Top, and Conditional Waivers?"

Jane Robbins works for and making a video presentation for the same company sponsoring "The Road to a National Curriculum: The Legal Aspects of the Common Core Standards, Race to the Top, and Conditional Waivers?"

All Bill Information (Except Text) for H.R.610 - To distribute Federal funds for elementary and secondary education in the form of vouchers for eligible students and to repeal a certain rule relating to nutrition standards in schools.
CREDIT SOURCE CLICK HERE
H.R. 610
Urgent Action Needed: Congress Attempting to Give Federal Government Money to Homeschools