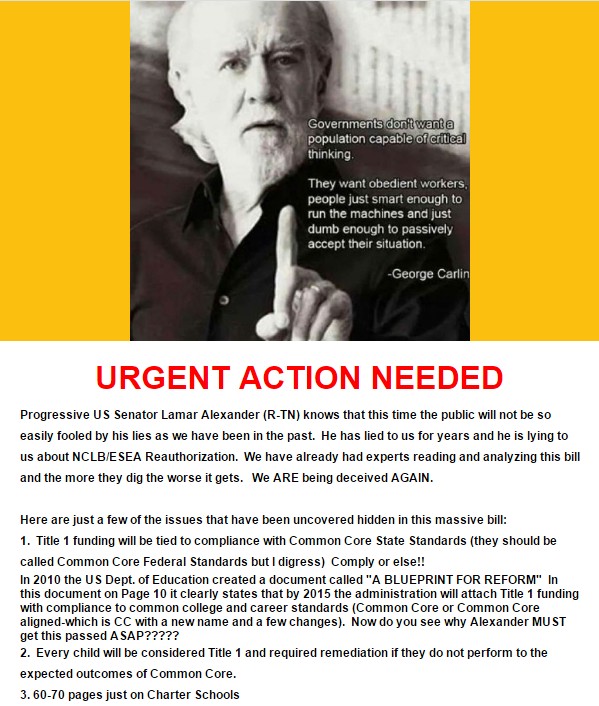 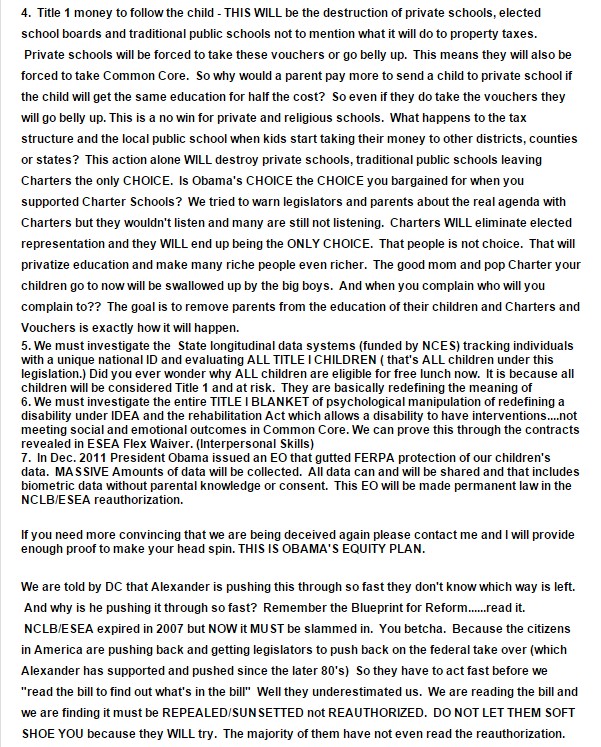 ﻿Articles From the Internet Regarding the Reauthorization of the ESEA:
Florida Visions? ___ Florida's State Board of Education Strategic Plan For the Public School System and The Florida College System Strategic Plan 2012-2018
SAVE THIS FOR YOUR RECORDS!
8/11/2014 Charter schools to Hillsborough: Yes, we want a hearing
8/1/2014 Letters reveal nasty turn in Hillsborough, Charter Schools USA fight
7/31/2014 BREAKING! Three Charter Schools USA Facilities Marked For Closure For Illegal Oversight Practices in Tampa
ROTHSCHILD'S REVEAL THEIR 2015 PLAN! by BPEarthWatch ><http://youtu.be/5oyXjzkXhtk>< Start the video at 11:01
Quote, "The history of the "The Economist"."

Quote, "Goes on to tell a great deal about their entire plan."

Quote, "In the Center it says...
"The publication belongs to The Economist Group, half of which is owned by Pearson PLC via the Financial Times. A group of independent shareholders, including many members of the staff and the Rothschild banking family of England, owns the rest. A board of trustees formally appoints the editor, who cannot be removed without its permission. Although The Economist has a global emphasis and scope, about two-thirds of the 75 staff journalists are based in London. As of March 2013, the Economist Group declared operating profit of £68m."
Quoted Link: http://en.wikipedia.org/wiki/The_Economist

Quote, "The Economist claims that it "is not a chronicle of economics". Rather, it aims "to take part in a severe ___contest between intelligence___, which presses forward, and an unworthy, timid ignorance obstructing our progress". It takes an editorial stance of classical and economic liberalism which is ___supportive of free trade___, ___globalisation___, ___free immigration___ and ___cultural liberalism___ (such as supporting legal recognition for ___same-sex marriage___). The publication has described itself as "a ___product of the Caledonian liberalism of Adam Smith and David Hume___". It ___targets highly educated readers___ and ___claims an audience containing many influential executives and policy-makers___. Some of ___The Economist readers consume both elite and mass media___. The newspaper's CEO described this recent ___global change, which was first noticed in the 1990s and accelerated in the beginning of the 21st century___, as a "new age of Mass Intelligence".
Quoted Link: http://en.wikipedia.org/wiki/The_Economist

Who is James Wilson?
Quote, "Scottish businessman, economist and Liberal politician. He founded The Economist and the Chartered Bank of India, Australia and China (which became Standard Chartered)"
Link: http://en.wikipedia.org/wiki/James_Wilson_(businessman)

Who is the Economist Group?
The Economist Group is 50% owned by ___Pearson PLC___ via The Financial Times Limited. The bulk of the remaining shares are held by individual shareholders including the Cadbury, Rothschild, Schroder, Agnelli and other family interests as well as a number of staff and former staff shareholders.
Link: http://en.wikipedia.org/wiki/Economist_Group

Who is Financial Times?
Quote, "The paper, published by ___Pearson___ in London, was founded in 1888 by James Sheridan and Horatio Bottomley"

Who is Pearson PLC?
Quote, "Pearson PLC is a British multinational publishing and education company headquartered in London. It is the ___L@@K>>>___largest education company and the largest book publisher in the world___<<<L@@@___. Pearson holds 47% in Penguin Random House, the world's largest consumer book publisher, and ______50% stake in the Economist Group______, the publishing group which specialises in international business. Pearson has a primary listing on the London Stock Exchange and is a constituent of the FTSE 100 Index. It has a secondary listing on the New York Stock Exchange in the form of American Depository Receipts."

Who is Pearson Education?
is a British-owned education publishing and ___>___assessment service to schools___<___  and corporations, as well as directly to students. Pearson owns educational media brands including Addison–Wesley, BBC Active, Bug Club, eCollege, Fronter, Longman, MyEnglishLab, Penguin Readers, Prentice Hall, Poptropica and Financial Times Press. - Pearson is part of Pearson PLC, which also owns the Financial Times. It was created in 1998 when Pearson PLC purchased the education division of Simon & Schuster from Viacom and merged it with its own education division, Addison-Wesley Longman to form Pearson Education. Pearson Education was rebranded to Pearson in 2011, and split into an International and a North American division. - Though Pearson generates approximately 60% of its sales in North America, they operate in more than 70 countries. Pearson International is headquartered in London with offices across Europe, Asia and South America. Their online chat support is based in the Philippines. - Pearson North America is headquartered in Upper Saddle River, New Jersey with major divisions based in San Francisco, Boston, Columbus, Ohio, Indianapolis and Chandler, Arizona.
Link: http://en.wikipedia.org/wiki/Pearson_Education

Who is Rothschild banking family of England?
Link: http://en.wikipedia.org/wiki/Rothschild_banking_family_of_England

Who is the Editor of The Economist?
Zanny Minton Beddoes
Link: https://www.google.com/?gws_rd=ssl#q=the+economist+editor
___Muckety Map MUST SEE... http://www.muckety.com/Zanny-Minton-Beddoes/2521.muckety
(Linked to The Economist and Carnegie Endowment for International Peace)
___Who is behind Common Core?...CARNEGIE!
___Listen for YOURSELF... http://youtu.be/PGz0YBipzWo

NOTE: 1982 Edward Griffin interviews Norman Dodds (Rare) by Youtube matheis
___1982 Edward Griffin interviews Norman Dodds (Rare) part 3
___(1:26) - Quote: The Determination of These Large Endowed Foundations Through There Trustees to Actually Get Control Over Content of American Education.
___(3:45) Horace Rowan Gaither to Norman Dodds Quote: We Shall Use Our Grant Making Power so to Alter Life in the United States that it can be Comfortably Merge with the Soviet Union.
___Full Interview L@@K to right column: http://corecougars.weebly.com/g-edward-griffin.html

Why Parents Object to Common Core Standards
Quote, "It doesn’t go unnoticed by Common Core critics that Bill Gates, who makes computers, Sir Michael Barber’s Pearson PLC, the multinational publishing and education conglomerate, and other education industry giants who are champions of Common Core will profit handsomely from its implementation."
Link: http://www.eagleforum.org/publications/educate/june13/why-parents-object-to-common-core-standards.html

>> Once the Assessments are Aligned with the Curriculum PARENTs will have no say in their children's education ONLY the GOVERNMENT ! <<
In Research ...............................
Education and the bottom line. (report from Labor Secretary's Commission on Achieving Necessary Skills (SCANS) finds competencies in resources, ... workers): An article from: Utah Business [HTML][Digital]
Executive Order 12866
The Spirit of the Laws
Carnegie Foundation
Title I — Improving The Academic Achievement Of The Disadvantaged
The School Superintendents Association - Noelle M. Ellerson
Assistant Director, Policy Analysis & Advocacy
The Quick and The Ed
Lamar Alexander - Huffington Post
STEM Education Coalition
James F. Brown
Executive Director