WHAT IS GOING ON WITH H.R.5 - Contact the House Committee on Education and the Workforce DIRECTLY!
CLICK HERE 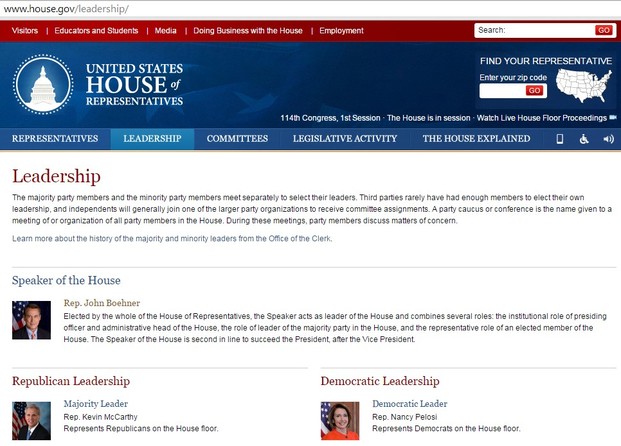 Follow Charlotte Iserbyt's Blog CLICK HERE
2 URGENT ACTIONS NEEDED
ACTION #1 - Federal bill HR5 - Student Success Act -  Rep. Kline - is a boondoggle worse than NCLB and RTTT.  It has passed out of committee and will go to the floor for a vote as early as Tuesday, February 24, 2015. We MUST stop this bill from passing.  Alexander is already redoing his bill in the Senate to please Obama so he doesn't go through with his threat to veto.  This act alone should be all the warning we need.
For those of you that missed the call with Anita Hoge I am attaching a link so you can hear the information she has revealed about HR5. I am also attaching a copy of HR5 with sections discussed on the call highlighted for your convenience.  I have highlighted other things I noticed but take note to Pg. 552-553, Pg. 488 and Pages 78-80.
PLEASE SHARE THIS FAR AND WIDE WITH EVERYONE YOU KNOW.
This is CRITICAL. Although they try to make this bill sound oh so nice if passed the federal government will own education and the souls of our children.  Private, religious and home school will not protect our kids if this bill is passed.  It is obvious that once again our elected officials have not read the very bills they are supporting.  If they read this bill then they are complicit in this assault against American children.
ACTION #2 - THE TENNESSEE HOUSE EDUCATION COMMITTEES ARE HOSTING SOCIALIST MARC TUCKER ON TUESDAY, FEBRUARY 24TH TO TESTIFY IN SUPPORT OF COMMON CORE.  PLEASE EMAIL AND CALL EVERY MEMBER OF THE TWO EDUCATION COMMITTEES.  I HAVE PROVIDED A LIST FOR YOU TO COPY AND PASTE AND A SPREADSHEET WITH THE PHONE NUMBERS.  Let them know we are not happy that a man such as Marc Tucker is coming to testify.  And why is there no one speaking for the other side of the issue?  WE WANT EQUAL TIME.  DR. CHRIS TIENKEN
or DR. YONG ZHAO have agreed to come to Tennessee and testify on behalf of our side of this issue.  Marc Tucker is evil and has been working since the Clinton administration to nationalize education.  He believes American education should be modeled after the system used in Socialist/Communist countries.  The Foreward of his new book (Surpassing Shanghai) was written by Linda Darling-Hammon the master mind behind CSCOPE and Smarter Balance.  She was Bill Ayers choice for Secretary of Education and he was VERY upset when President Obama selected Duncan over Darling-Hammond.  Please see the attached article about Marc Tucker.  IF YOU CAN MAKE IT TO NASHVILLE ON TUESDAY PLEASE PUT ON YOUR ANTI COMMON CORE T SHIRTS OR PUT A PATCH ON YOUR SHIRT TO LET THEM KNOW YOU ARE THERE AGAINST COMMON CORE.  THE HEARING IS AT 10:30 CST.  and again at 12:00pm CST.  ROOM HHR16.
TAKE ACTION !!!_NOW_!!!


Tomorrow H.R.5 Student Success Act will be voted on.  PLEASE I would like to request you vote NO on this bill.

The reasons I would like to request the vote of NO are the following:

HR 5 is a Constitutional Crisis in the Making.

The passage of Representative Kline's bill out of committee to be voted on by the entire House of Representatives by February 24 PLEASE Note "NO". The HR 5 Reauthorization of ESEA, amending No Child Left Behind, must be stopped because the provisions inherent in this legislation are egregious and lack Constitutional authority. Passage of H.R. 5 will bring about the destruction of the United States system of public education as well as the radical transformation of representative government both at the state and local level.

States' rights issues have NOT been discussed at the hearings. Is each state legislature aware of the fact that there are measures, hidden in federal and state statute, removing their state’s guaranteed rights under the Constitution? Will each state have to amend its own state constitution to comply with HR 5?

Several states have recently added language in their state statutes that in effect cedes jurisdiction to the federal government.

Do states know of the impact of HR 5 legislation and been advised?

For states passing legislation is it written, "they would succumb to ESEA federal law?" ...Example: "Upon the effective date of this act, the State Board of Education shall seek certification from the State Regents for Higher Education that the subject matter standards for English Language Arts and Mathematics which were in place prior to the revisions adopted by the Board in June 2010 are college-and career-ready as defined in the Federal Elementary and Secondary Education Act (ESEA) Flexibility document issued by the United States Department of Education."

Which states have codified Common Core through ESEA giving up their state's rights authority by surrendering education and students to federal control?

Is it true South Carolina's bill, H3893, (Sec 3, section 59-18-325, (C)(1) passed to stop Common Core and the Smarter Balanced Test surrendering its state's rights over education and students to the federal government?  Does this law restores Common Core? (Quote: "The summative assessment must assess students in English/language arts and mathematics, including those students as required by the federal Individuals with Disabilities Education Act and by Title I of the Elementary and Secondary Education Act. [For purposes of this subsection, 'English/language arts' includes English, reading, and writing skills as required by existing state standards."] NOTE: The existing State standards are Common Core.")

Referencing Washington State Senate Bill 6030, (Sec 6, (4)(a) page 16, lines 17-20): (Quote: "..and shall not conflict with requirements contained in Title I of the federal elementary and secondary education act of 1965, or the requirements of the Carl D. Perkins vocational education 20 act of 1998, each as amended.")

Have states been apprised of the devious design in HR 5 to take away states' rights granted under the 10th Amendment to the Constitution?

Do Representative Kline's hearings discuss the aspect of the "direct student services" that is defined as PUBLIC SCHOOL CHOICE FOR ALL PRIVATE AND RELIGIOUS SCHOOLS? Why have these services NOT been discussed?...services that each private and religious school MUST "provide on an equitable basis" to meet the individual needs of each child who receives a SUPER VOUCHER? Are the states going to require that private or religious schools MUST use "approved academic tutoring services as determined by a provider on a State approved list"? Will schools be subjected to discrimination charges if they deny matriculation of a Title I child even if they cannot financially support the OPEN ENDED direct services mandated in HR 5, as explained even if it bankrupts the school?

Is it true (A Question for Representative Kline) "meaningful choice" is defined as complying to state standards (Common Core) and interventions identified for each "at-risk" child receiving the following services: Special Education, instructional support services, counseling, mentoring, one-to-one tutoring, and other benefits for the Title I child? Why is there wording that mandates that a private or religious school MUST comply with the Civil Rights Act, (the school cannot deny admittance to a Title I choice child) 6504 Rehabilitation Act, Americans with Disabilities Act, (MUST administer services for mental health disabilities), IDEA (MUST administer behavioral screening, response to interventions, positive behavioral interventions and supports, mental health wrap-around, BILLABLE MEDICAID SERVICES, mental health services or specialized student support services), General Education Provisions Act (GEPA).

Does Representative Kline know full well that HR 5 will codify the Family Education Rights in Privacy Act (FERPA). This important Act, as it stands now, has been totally gutted due to President Obama’s Executive Order, EO 12866, January, 2012. FERPA now allows personally identifiable information on the student to be released without informed written parental consent. This personally identifiable information on the students includes anecdotal, psychological observations, analysis, and reeducation interventions in the affective domain by teachers, all tracked and trafficked?

Is it a must private and religious schools provide the following specialized Instructional support on an equitable basis with public school students? 1) Services defined as school counselors, social workers, school psychologists, or other qualified professional personnel providing assessment, diagnosis, counseling education, therapeutic and other necessary services defined in Sec. 602 IDEA, Individuals with Disabilities Education Act, when in fact Common Core has been expanded into the mental health personal trait standards defined as social, emotional, and behavioral weaknesses now coded as a disability? 2) The State Education Agency names an ombudsman, "an official appointed to investigate individuals' complaints against maladministration, especially that of public authorities," for the following equitable services in each private and religious school: 7monitoring and enforcement requirements of private and religious schools, including reeducation in the affective domain. Obviously, under HR 5 the SEA will operate independently with no accountability to the state legislature which has surrendered its authority and responsibility over education and the students?

Referring to the concept of Title I funds that will "follow the child" and the super voucher called "direct student services”: the Title I fund that "follows the child" is going directly to every child, bypassing state government. Is it true... NO ONE at the public hearings explained that CHOICE, TITLE I FUNDS "FOLLOWING THE 'at-risk' CHILD" would be used to destroy the financial base of public schools which have elected school boards and are funded by local tax dollars?  Is it a FACT... HR 5 is purposely designed to destroy the traditional public school system?

Has Representative Kline really crafted HR 5 behind closed doors and put it on the fast track to correspond to the "spitball" known as the ESEA Reauthorization?

PLEASE READ THIS PART CAREFULLY... Is it true Representative Kline's HR 5 when merged with the Senate version of ESEA Re-Authorization will Nationalize Education By Passing Local Control and State Control, Eliminating Local Representative Government, The Hallmark of a FREE SOCIETY?... or...FACT!

"The family is the primary society. It does not exist by sufferance of the state." Dr. Charles E. Rice, correspondence February 5, 1996

Dear Reader if you care about a free America, you are obligated to STOP HR 5.

Our children are not "mere creatures of the state." (Pierce vs. Sisters, 1925)

Dear Reader PLEASE contact YOUR House Representative and Request they Vote "NO" on H.R.5 Student Success Act of 2015.

REMEMBER... When YOU Remain Silent YOU Are Telling Government YOU APPROVE of Their Actions.  PLEASE Stand Up, Speak UP and Let YOUR Voice Be Heard for YOU and for the Future of ALL Children!

(This letter was a Letter from Anita Hoge to Representative Kline and adjusted to what you have just read.  THANK YOU Anita Hoge for Your Wisdom and ALL Your Research!)